Each fall there is a cyclocross race a half mile from my house. I missed out on racing it last season (2011) due to absent-mindedness. I almost missed out on racing it this season (2012) for the same reason. I remembered which weekend the race was, and I thought I knew which day it was on (Sunday). I just finished eating a big lunch on Saturday when I sat down on the couch to check on the start time of the race tomorrow. The race starts at 1 pm. Today. It’s 12:25 pm. I have a full stomach. I haven’t ridden my cyclocross bike in weeks. This is the least prepared I’ve ever been for a race.

I spent about three minutes deciding whether or not to go. I quickly changed clothes, grabbed my bike (which thankfully was in working order), and rode over to register for the race. By this time it was 12:50-ish. I ended up finishing, wait for it, 3rd. Apparently there was a guy off the front who I never saw. Anyway, considering my complete and utter lack of preparedness I was quite pleased with the result.

This ended up being my last race of 2012, and it capped off what I consider to be a breakthrough year for me. I raced 26 times (not including the weekly practice crits). I had 3 wins (in 3 different sports), 9 podium finishes, and 18 top ten finishes. Furthermore I made it through such a tough year with no major injuries. Hopefully I can maintain this momentum into 2013.

Well, it’s been a while. November and December were a little bit crazy for me on account of a project I was working on in my spare time.

I haven’t raced since October, but I’ve been doing a lot of high quality training in my build up for the Fuego y Agua 50K in February. As you can see from the chart below, I ran farther in 2012 than any of the past 11 years. This is also the longest I’ve gone without a sidelining injury during that time. June of 2012 was the only month with low mileage, and that was when I intentionally took a break to recover from my spring races. 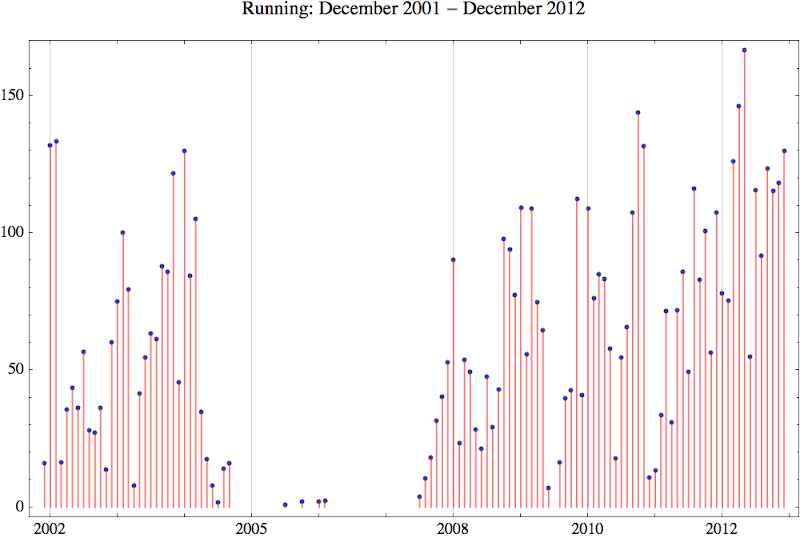 Some other guy (not me)

Cycling was virtually non-existent for me the past few months. I did one cyclocross race in November on no training and somehow still wound up with a good result. The lack of bike miles towards the end of the year almost allowed my modest running mileage to catch up. 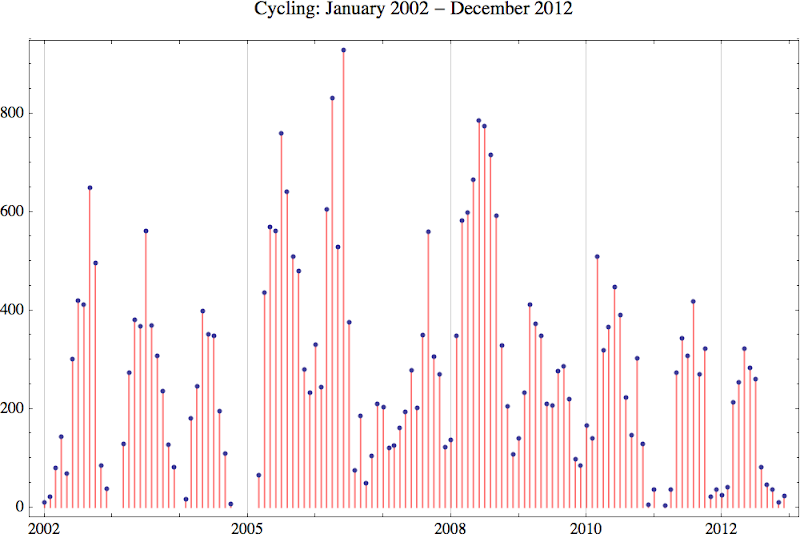 There was a big drop off here as well, mostly because I needed the extra hours to work on my project. 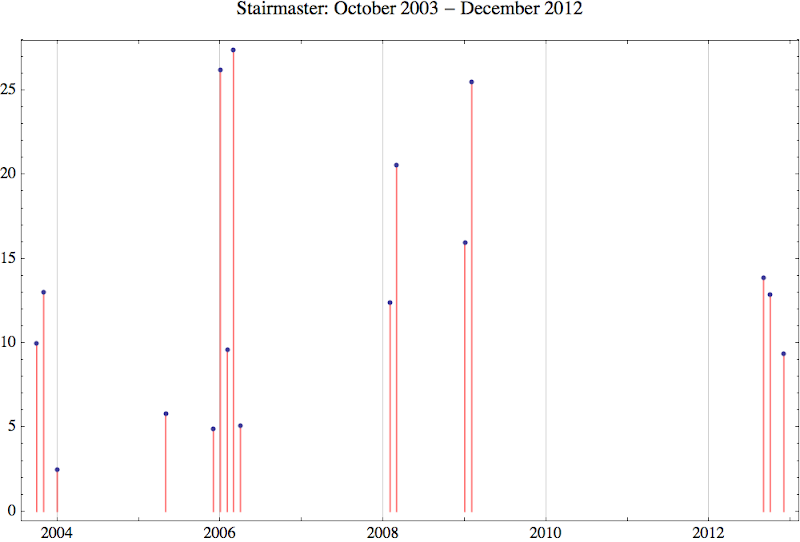 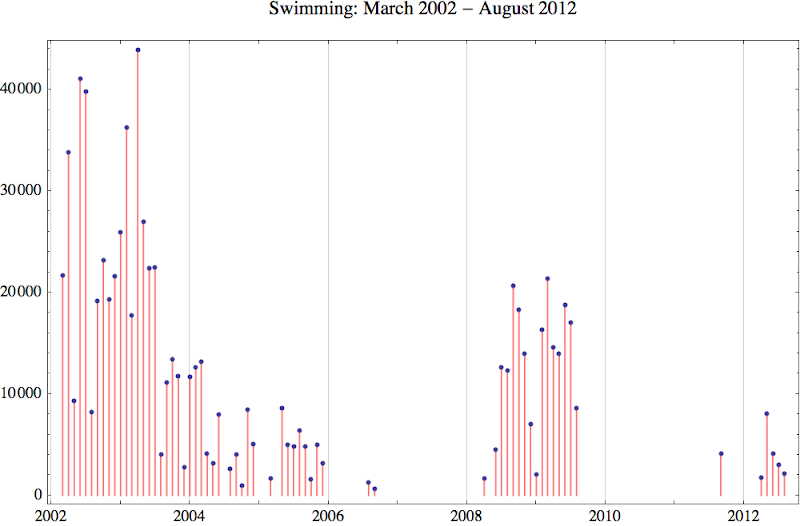