Cross of the North

Cross of the North cyclocross races took places Friday, Saturday, and Sunday this weekend. Saturday and Sunday were looking pretty busy for me, so I took Friday afternoon off work to race some bikes. 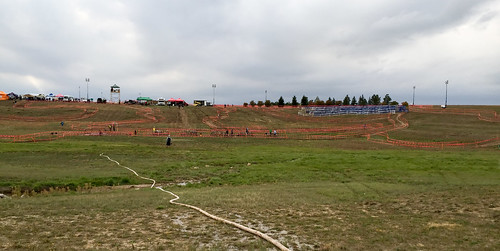 We got some pretty epic rain the day before the event. Apparently, 24 hours before the race started, a good chunk of the course was under a foot of water. The organizers pumped it all out, but, as you can imagine, the ground was a wee bit muddy. 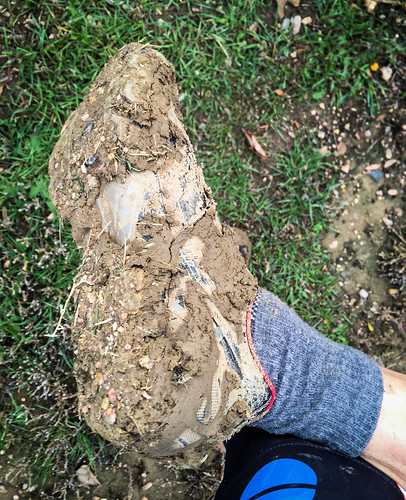 Again, the call-ups were based on a rider’s top 5 finishing scores over the past 12 months. Since I had good results in my final few races last fall, I still had a pretty good standing (despite the fiasco of my last race). I had a great starting position, and while the start was fast, either it wasn’t as fast as last time, or I simply rode faster. Either way, I was in the top 10 once the field strung out.

The muddy section of the course was unridable, so everyone dismounted and ran. I’m not bad at running. I passed several people. Next came a steep uphill, a couple turns, then a gradual uphill. I’m not bad at riding uphill either. I continued to move up through the field. There were a few more muddy, steep uphills with small barriers. In drier conditions I think I could have ridden over them, but I dismounted, and… more running.

All that is to say, this course suited my strengths, and I was having a good ride. I had completely lost track of where I was, but I knew I was in the top 10. Complicating matters was the fact that there were two races taking place concurrently. First the cat 4 race started, and then the cat 4 masters 35+ race I was doing started a couple minutes later. I was passing people the entire time, but I could never really be sure which race they were in by that point.

Slightly over halfway through the 40 minute race the announcer (who was up in a tower and had a great view of the entire course) called out my name and said I was in 2nd place in the masters race. I didn’t think I was that far up so I took it with a grain of salt. Then on the next lap he again said I was in 2nd. Maybe I was in 2nd?

With half a lap to go and nobody within sight ahead of me I focused on just maintaining my position. I was content with 2nd. Then on the last long straightaway I saw another rider way up ahead. I was rapidly closing the gap. Then the announcer started going nuts. Here comes show-field catching up to the leader! And on, and on. Awesome. I rode even harder up the hill and closed the gap even faster. On one hand it was helpful to know that was the leader and I was going much, much faster right then. On the other hand, the leader also heard the announcer and was tipped off that I was closing in (he wouldn’t have known otherwise).

I caught up just before a series of hairpin turns. I had to slow and wait for the right moment to pass. I got impatient and I tried to pass at the first opportunity, when there wasn’t quite enough room. I got around him to take the lead, only to realize I had a terrible position (on the inside) heading into the next 180˚ turn. I had to swing out extra wide. We bumped into each other and I put my foot down. Something weird happened with my pedals and I dropped my chain. I had to dismount to try to reattach it as the now-leader-again rode away.

It was not to be.

But the excitement doesn’t end there. I remounted my bike and tried to pedal but the chain was still off and had become jammed between the chainring and the frame of my bike. I dismounted again to fix it, but I simply couldn’t. I was in 2nd place, 200 meters from the finish, and my bike was non-functional. So what did I do? I did what any fan of the movie American Flyers would have done. I pulled a Davey.

I ran the final 200 meters to the finish line, carrying and/or pushing my bike, crossing just 6 seconds before the 3rd place rider caught up to me. The whole time the announcer is screaming the play-by-play of what’s happening. It was pretty intense.

After crossing the finish line I unjammed my chain. The winner apologized profusely if he had done anything to cause my difficulty. To be clear, he did absolutely nothing wrong. If anything, I made a really terrible pass, and I have nobody to blame for that but myself. 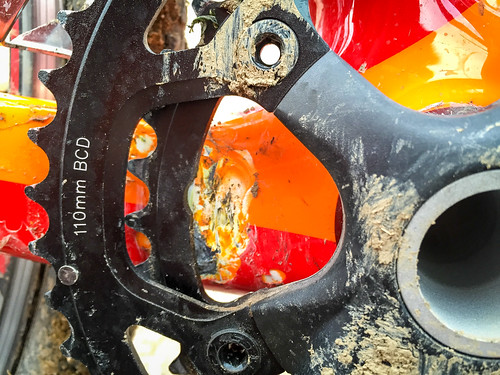 After 40 minutes of intense bike racing, I wasn’t thinking clearly. I thought I would be better off passing as soon as possible rather than waiting for a sprint on the finishing straightaway. In retrospect, I played that all wrong. I should have waited patiently to get out of that sequence of hairpin turns and onto the finishing straightaway. On the previous straightaway I was moving so much faster than the other guy I clearly had more left in the tank than he did. And even though sprinting isn’t a strength for me, I should have seen that I held the advantage in this case.

Regardless, this race went much, much better for me than my previous race. I’ll take it. 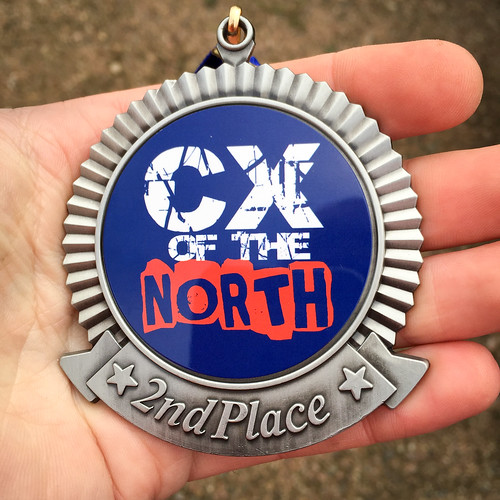 One thought on “Can he do that?”