My friend Martin suggested a few days back I do the Mattoon Beach triathlon. This morning I took him up on that (yes, I ran a 5k race yesterday). This race was in many ways very similar, yet very different from my last triathlon in Indianapolis. Both races covered similar distances and both were quite well organized. The last race had several hundred competitors, whereas this race had several dozen. 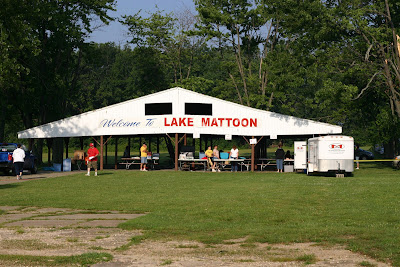 We awoke at 5 am this morning, loaded our stuff into Iris, and departed for Neoga, IL. We arrived with plenty of time before the race started. I’m not sure how I passed the time, but before I knew it the race was about to begin. I didn’t have time to warm up on the bike, which had some unfortunate consequences later. 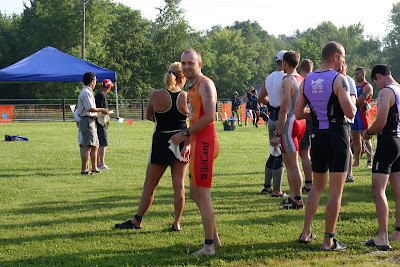 After the wetsuit fiasco in my last race, I opted to forego the wetsuit in this race. It was short enough that it wouldn’t have helped me much and I likely would have wasted time again taking it off in the first transition. Luckily the water was quite warm, so it was all the more unnecessary. Since this race was much smaller I was able to get a much better starting position for the swim, right in the front row near the outside edge.

The swim went really well for me. Unlike last race where I practiced twice, this race I practiced five times :) Though it doesn’t seem like much it made quite a difference. During the last race I was just trying to transport my body across the water. This time I actually raced the swim. There was one guy out front. I was in a chase pack of five people a short ways behind him. I exited the water at the back of the chase pack in 6th place, a placing with which I was thrilled. 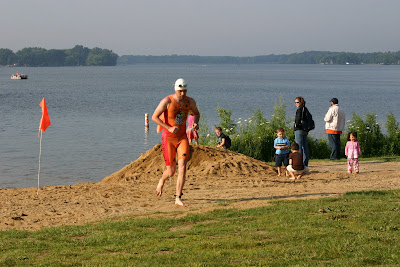 The first transition went very smoothly, in fact I think it was the 2nd fastest transition split of all competitors in the race. As I mounted my bike I immediately noticed something was wrong. My right foot slipped off the pedal twice and I couldn’t get my shoe to clip in. After much confusion I eventually looked down to notice I had accidentally left the plastic cover on the cleat of my right shoe. Whoops. I took the left one off before the start of the race and apparently forgot to take the right one off as well. So I reached down, pulled it off, and tucked it into my shorts rather than discard it on the side of the road. Despite my frustration I really did want to keep it. 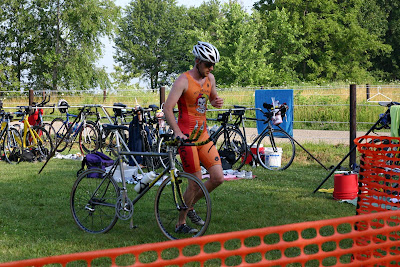 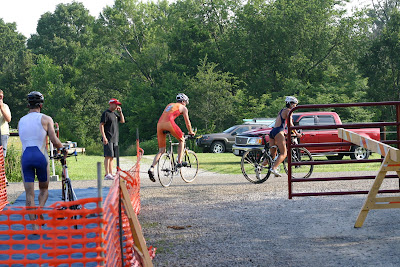 It only took a few hundred meters into the bike to notice my bike seat was too low. How did this happen? My triathlon bike only fits into the back of Iris if I take the seat off. When I reassembled the bike upon arrival I thought that I had it at the correct height, but apparently I didn’t. Since I didn’t warm up on the bike I didn’t actually notice until the race, at which point it was clearly too late to do anything. So I rode the 14 miles with my seat too low. Now, it wasn’t that bad, but when you spend as much time on a bike as I do you notice little differences (somewhere between 1/2″-1″) like this pretty quickly.

Despite the early difficulties I had a decent bike ride. I passed two people early on and one more a little later. Around the half way point one guy passed me. I finished the bike in 3rd place after riding the 6th fastest bike split. 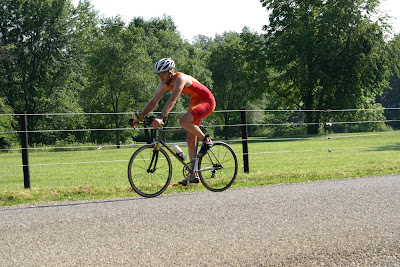 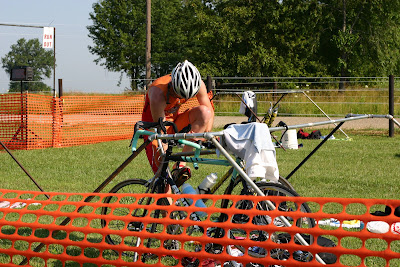 changing shoes in the second transition 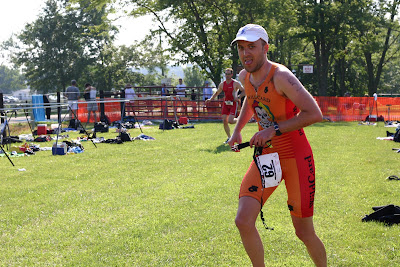 My second transition also went fairly well and before long I was out on the run. I started fairly conservatively in an effort to avoid the side stitches I encountered in the last race. One guy passed me early on, though he never got very far away from me. After about a half mile I hit the gas and picked up the pace, passing two guys pretty quickly. I could see the race leader a few hundred meters ahead of me. It was quite a distance, but not insurmountable. That’s when I really started moving. I ran the last mile and a half with my eyes fixed on his back. I got closer to him, but not enough. I ended up finishing 2nd place (1st in my age group) after posting the fastest run split in the race (6:14 pace). Not bad after yesterday’s 5k. I’ve done fast run splits in triathlons before, but there’s always been people faster than me. It was a good consolation for not catching the leader. 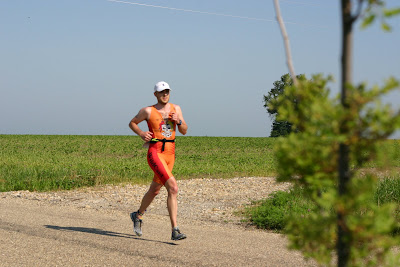 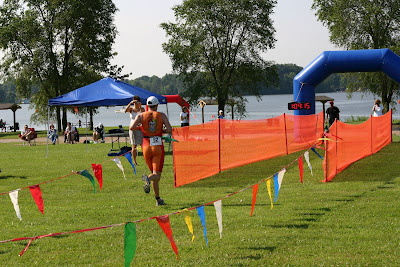 Here’s a recap of my race:

I had a pretty darn good race. After I finished I was able to watch Martin’s progress in the longer race (twice the distance of my race). He had an okay swim, a spectacular bike (at over 25 mph he had the fastest average speed of all competitors in both races), and a solid run. He was 3rd overall in the longer race, 2nd male, and 1st in his age group. 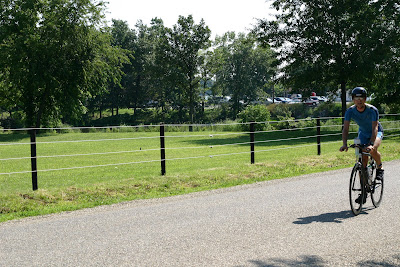 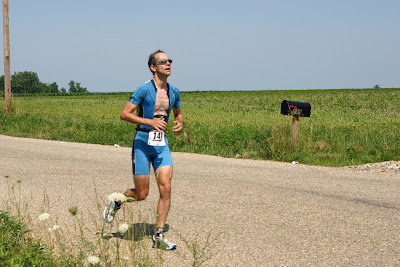 We stuck around for quite a while for the awards ceremony. The organizers were very generous with the age group awards, handing out 5 for each division. This allowed many many competitors to pick up age group awards, including many first time racers. This was a nice touch to a well organized, fun, small race. 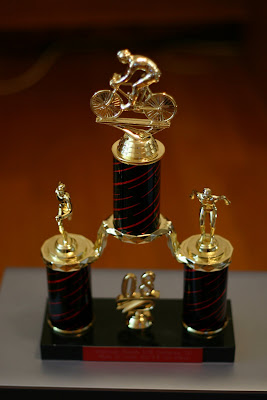 Update: The results have been posted for the sprint & international races.

3 thoughts on “The Run Split”