This morning five Wild Card Cycling members headed up to the Chicago suburbs for the Blue Island ProAm criterium. We did the Cat 4/5 race, which was 25 laps on a 1 mile circuit. This is kind of long for a criterium, so the speed wasn’t insanely fast the entire time. The course only had 4 corners (as opposed to 8 at Proctor), which was good for me because I suck at high speed cornering.

Since Melissa did such a good job taking photos (and ringing the cow bell), this entry will be largely pictorial. 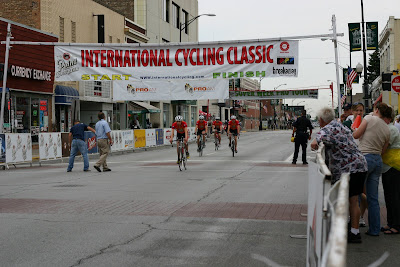 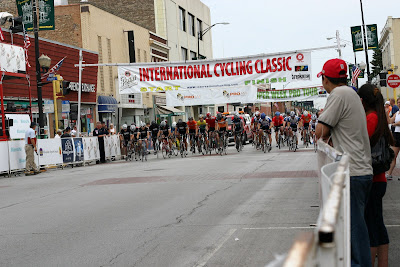 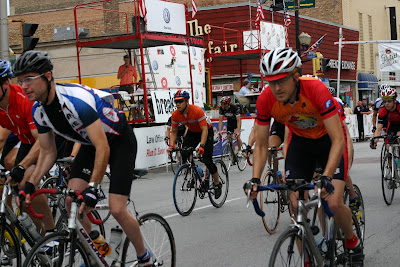 The pace started off fast, but not too fast. The whole group stayed together for the first 10-12 miles.

I stayed to the outside for the first 6-8 laps, taking all the turns very wide. I tried to stay relatively close to Luke, who is far more experienced than I. The pace increased and decreased repeatedly, causing a few riders (but not many) to drop off early. Eventually, I got stuck on the inside for one of the turns. As it turned out (despite my fear of this scenario) it wasn’t bad at all. The turns were nice and wide and I realized the shorter distance on the inside actually took significantly less work. After a few more practice runs on the inside I changed my strategy to favor the inside on the corners. 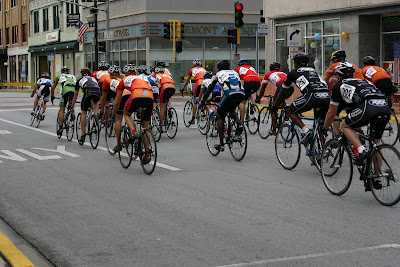 I assumed Luke knew what he was doing, so I stayed near him the first few laps 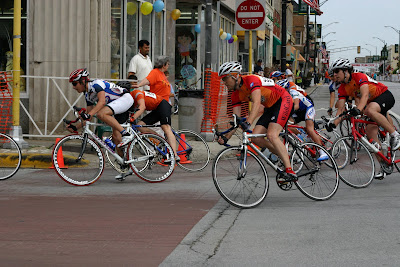 Rob & Dan round a corner early on

Tom & Mark were very active near the front of the group. Tom frequently tried to break away with a few other random riders, but the lead group didn’t let him get too far ahead. Next, Mark would go, then Tom again, etc. We worked pretty well together as a team. Whenever one of us would be in a breakaway the others took turns chasing down other attacks. 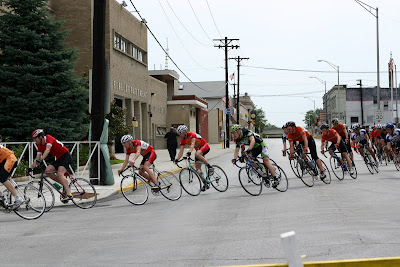 Tom & Mark stayed near the front the entire race 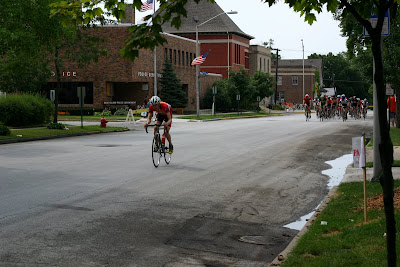 One of Tom’s many attempts to break away 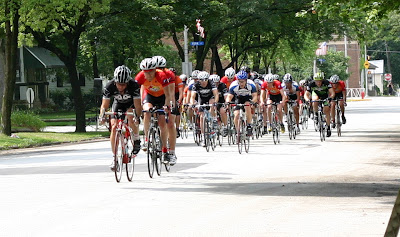 Rob & Dan chase down an attacker 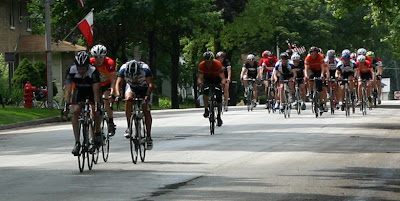 Mark tries his luck in a breakaway 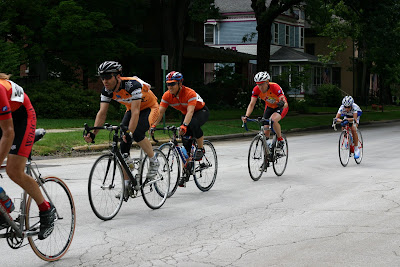 About 12 miles into the race Tom made a big move off the front with 1 other rider and they built up a pretty good lead. Tom’s attack caused a split in the group. About half of the field fell behind the lead group at that point. Luke, Dan, & I were all caught in the second group. Luke & I immediately surged to bridge up to the front group, but Dan didn’t quite make it.

Tom & the other guy stayed away for a long time. They were partially aided by Mark & Luke, who moved to the front of the chase group and slowed down the pace. Eventually, Tom’s breakaway partner fell off the pace and came back to the chase group, so Tom was all by himself as we were getting close to the finish. 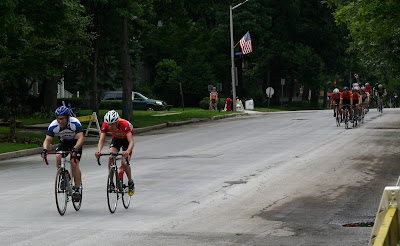 Tom breaks away with another rider, splitting the field in the process 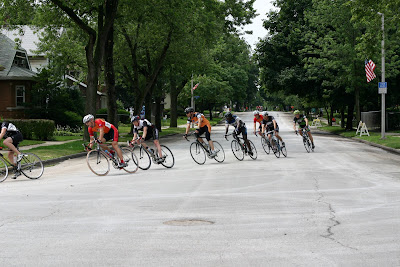 Luke & Rob round a corner later in the race 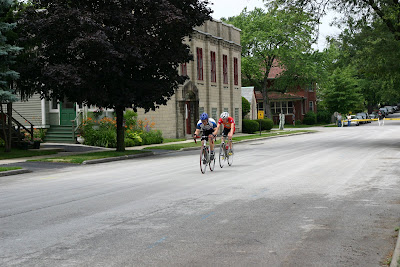 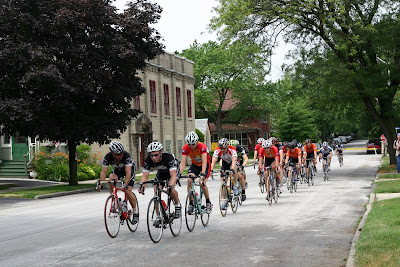 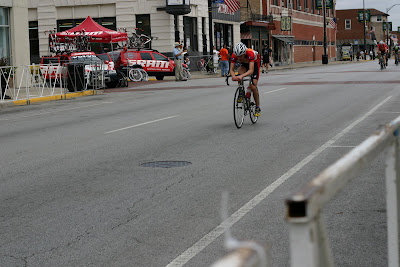 Tom’s breakaway partner fell off the pace, but Tom continued in front alone for 5 more miles

A little less than 2 miles to go and the chasers caught up with Tom. Luke attacked as soon as Tom came back to our group, but he didn’t get very far. The group caught him with 1 mile to go. At this point somebody needed to try something. I didn’t have much left, but I thought what the hell and jumped off the front as they rang the bell (indicating 1 lap to go). About a quarter mile later my heart rate was 190 and I had nothing left. The group pulled me back and it was all I could do to keep up with them until the finish.

Tom & Mark both stayed pretty close to the front on the last lap, while Luke was near the middle, and I was at the back. Tom & Mark both started the final sprint in good positions and placed pretty well at 2nd & 3rd. Luke started to sprint, but had a mechanical problem and coasted across the finish line just ahead of me near the back of the group. We were 11th & 12th. Dan finished a short while later in 20th place with the next chasing group.

As luck would have it, the race had awards 12 places deep, so I ended up winning a small cash prize (and by cash I mean a $20 check). 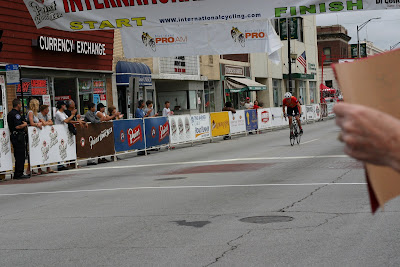 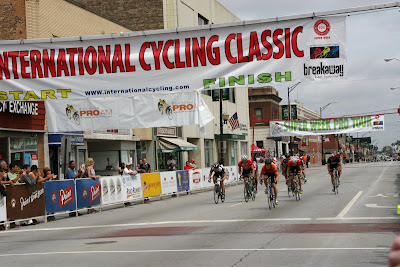 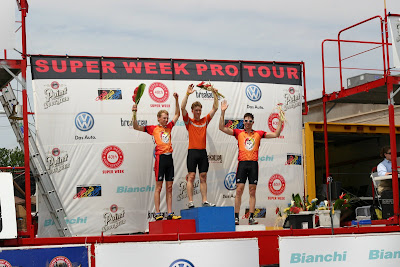 Our team had a pretty successful race. I think this was Tom’s 5th podium finish of the season, and Mark’s 1st. This was also an interesting race in that it was:

One thought on “The Blue Island ProAm”