I woke up Saturday morning in D.C. with nothing to do until 1 pm. I grabbed my camera, water bottle, and a Clif Bar, and I headed out. I walked a few blocks to the nearest Metro station and took the subway downtown. I exited the Metro onto the National Mall, which was kind of neat. There I was surrounded by the Capitol, the White House, the Smithsonian museums, the Washington Monument, and tens of thousands of other people.

Melissa & I travelled to D.C. six years ago to run a marathon. We walked around the Mall a bit and saw the Smithsonian Museum of American History, the Smithsonian National Air & Space Museum, and the Capitol before it was time to leave. So this time I decided to explore the other direction. First I approached the Washington Monument. Immediately I noticed the spring foliage and quickly realized this was the weekend of the national Cherry Blossom festival. 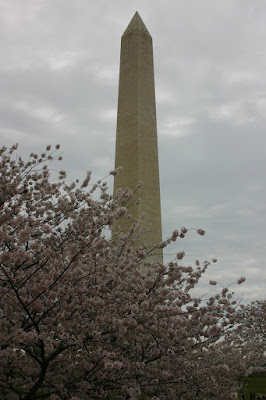 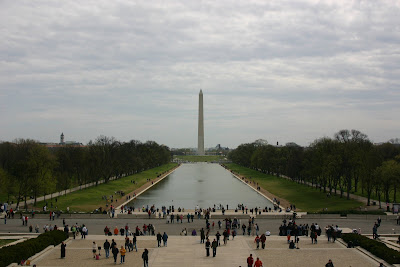 Next in line was the National World War II Memorial. I didn’t realize until just now when I was geocoding the photos that this memorial is not very old, only about four years. The satellite imagery on Google Earth showed it still under construction.

Incidentally, in case any readers out there haven’t yet noticed, I geocode nearly all photos posted to this blog. If you click on the photo it will load a Picasa Web Album page that includes a map showing where the photo was taken. 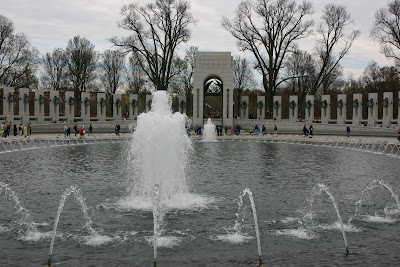 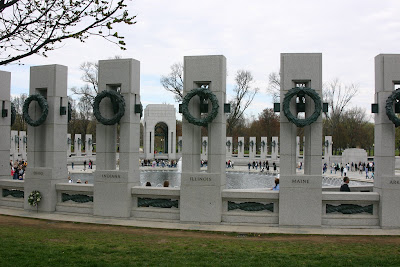 From there, across the Reflecting Pool was the Lincoln Memorial. During the 1/3 mile walk I began to realize that while these things all appeared to be very close to each other, they were actually quite far apart. No wonder everybody looked so tired from walking. 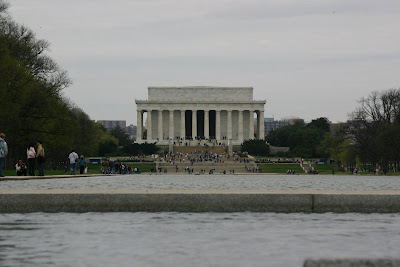 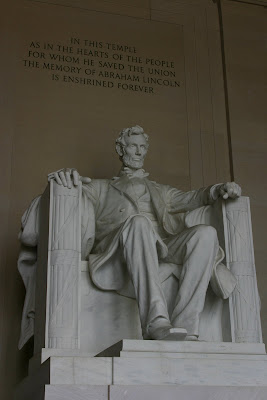 Next was a stroll along the Potomac river, through the Cherry Blossoms towards the Jefferson Monument. 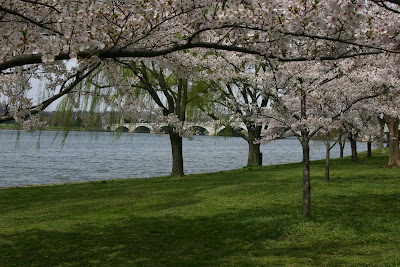 Cherry Blossoms near the Potomac 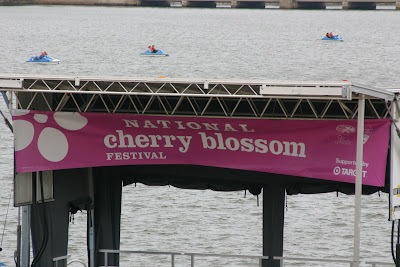 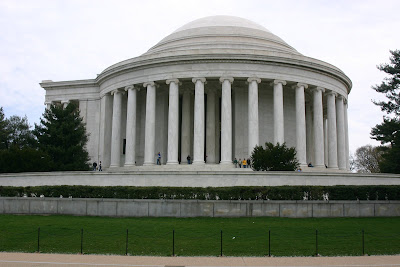 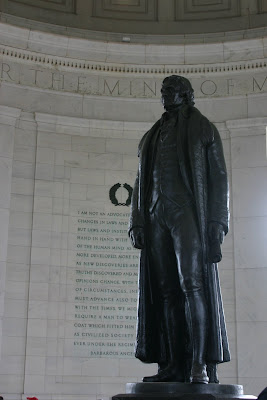 After that I made my way back to the White House. I really should have done that first, since it was slightly out of my way going back to the Metro station. I was tired of walking at this point, so I didn’t get as close to it as I could have. Thank goodness for telephoto lenses. 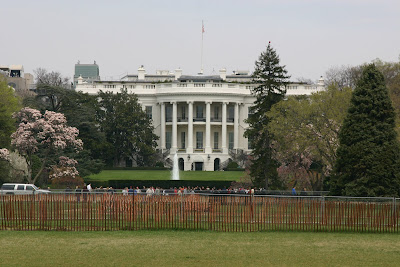 Walking back across the Mall to the Metro station I also took advantage of the telephoto lens to snap a quick pic of the Capitol, which was deceptively far away. 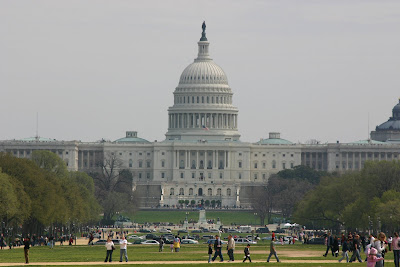 On the escalator down to the subway some Metro workers were fiddling with a different escalator that had apparently been acting up. The stopped the wrong one and everybody on my escalator nearly fell over. So that was a bit dangerous. They then started it back up, but going the reverse direction. Everybody nearly fell over again. Finally, they stopped it for good and allowed everyone to walk off before doing any more potential harm.

By this point I was running a little late for my 1 pm engagement, so I hurried back to my quarters. By the time I got home was was already showing signs of sunburn on my forehead. Next time I’ll have to wear a hat, even if it is overcast.

3 thoughts on “The D.C. Monuments”