When I was younger I wanted to be a pilot and astronaut. This wasn’t just my answer to the question of “What do you want to be when you grow up, little boy?” I really wanted to be a pilot and astronaut. Every Monday night my dad & I would watch Wings, a show on Discovery channel that each week chronicled a different type of aircraft. I watched them all. I spent hours reading encyclopedias (remember those reference books that existed before the internet) about every single NASA space mission that had taken place. I had it all memorized. I hoped that one day I too would have the right stuff. My career ambitions may have changed over the years, but my fascination with flight and space flight remain. Needless to say, the National Air and Space Museum provided me with hours and hours of (free) enjoyment.

I woke up late last Sunday morning in D.C. after getting to bed late following the ASP reunion. I was planning to leave D.C. early that afternoon so I didn’t intend to spend much time at the museum, maybe an hour or two. Melissa & I toured the museum extensively when we were there in 2003, so I figured there probably wasn’t as much to see the second time around. I was wrong. My hour or two trip ballooned into four or five hours once I was within the museum’s walls. I covered every inch of the museum, aside from the National Treasures exhibit which inexplicably had a one hour wait.

There were many oldies but goodies. As soon as you walk in the door you are greeted by the Apollo 11 command module. The first humans to walk on the moon used this spacecraft to return to earth. Hanging just above that is the Sprit of St. Louis, the first aircraft to fly non-stop across the atlantic ocean. 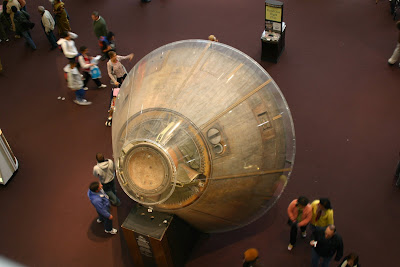 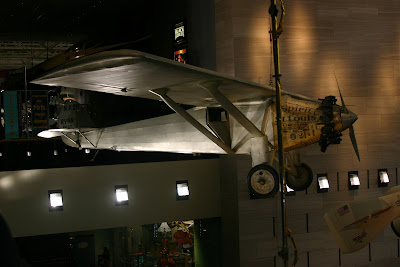 There were some new items added to the museum in the past five years. They added a test unit of one of the recent Mars rovers. Two similar rovers landed on mars in 2004 and are still performing experiments to this day. They also added SpaceShipOne, the first privately funded civilian spacecraft to carry a human into space (also in 2004). 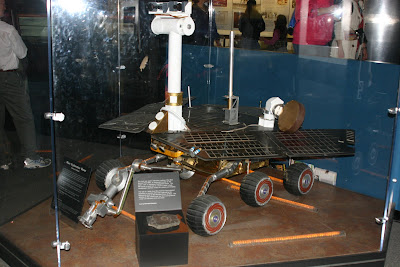 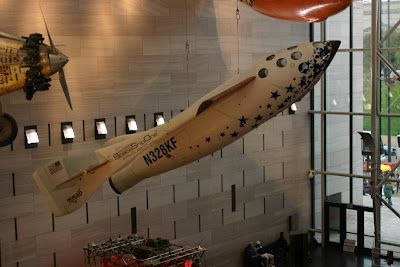 Then there were the interesting artifacts I new a lot about in the past, but had completely forgotten. Among them were the Apollo-Soyuz Test Project, a joint USA/USSR space mission in the 1970’s where astronauts & cosmonauts docked their spacecrafts together (and presumably had some kind of party). Then there was Skylab, the first attempt at a space station by the USA (also in the 1970’s) that fell back to earth (nobody was aboard at the time) and crashed in Australia. Whoops. 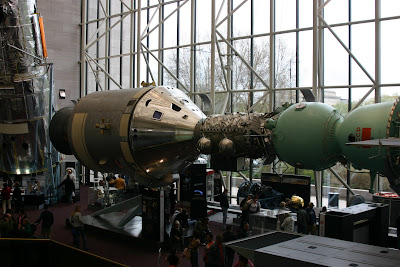 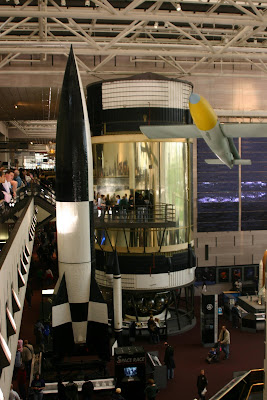 Finally, something particularly interesting to me is the Gossamer Condor. This is a 70 pound bicycle with wings that was the first human powered machine to sustain flight. A similar machine to this crossed the English channel a few years later. I have a decent power to weight ratio, I could totally fly that thing :) 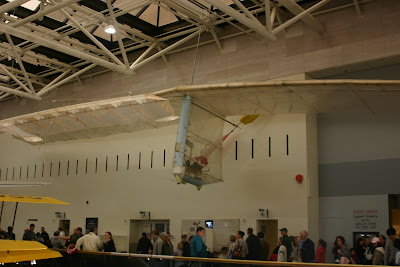 So I stayed quite a bit longer than I intended. It was no problem. I returned to my quarters then departed D.C. late in the afternoon. My next stop was western Maryland, where a certain mountain awaited my arrival.

One thought on “The Air and Space Museum”