Q: Was there a defining moment in your life when you made a decision that changed the course of the rest of your life forever?

A: I walked out of a bar on my 30th birthday and ran 30 miles cold turkey. It hurt bad, but it changed the course of my life ever since that faithful event. –Dean Karnazes (Ultramarathon Man)

Today is my 30th birthday. The Big 3-0. We spent the last two nights partying with friends and family. Today, I spent much of the day running. Inspired by the story of Dean Karnazes, now one of the best endurance runners in the world, I decided to run 30 miles on my 30th birthday. And as if that weren’t enough, I also chose to run the 5.5 mile Allerton Park trail race. 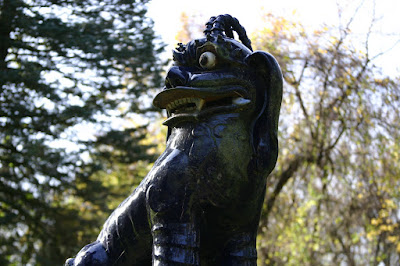 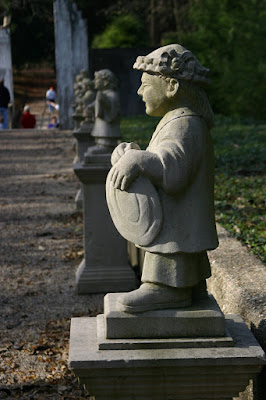 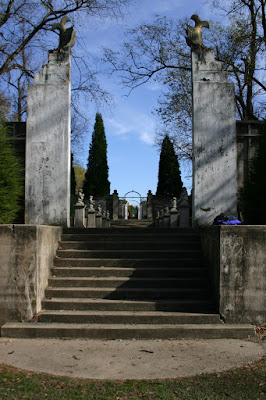 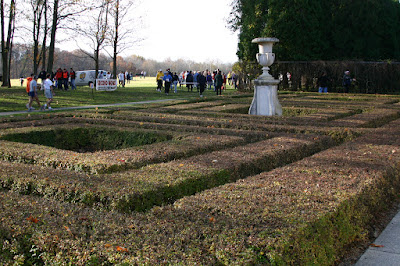 In addition to the beautiful gardens on the grounds, Allerton Park has some of my favorite trails in the area. The only other time I ran the race was 2003. That year I was in very good shape. I ran the entire race in 10th place. Then in the last half mile seven people passed me. This year I am in roughly equally good shape and I hoped to equal or better my previous result.

I arrived early to get in a good warmup (and start working on my 30 for the day). I’ve run this trail 4 times in the past month, so I knew it fairly well. I was amazed to see how high the water in the Sangamon River was, givin the small amount of rain we had this week. Apparently this river has a very large watershed. The trail was very muddy, and flooded in dozens of places. Most of the flooded areas could be avoided by running to one side of the trail or the other. There were four or five places where the water simply could not be avoided so we had to run through. A few were only ankle deep. One was close to knee deep. 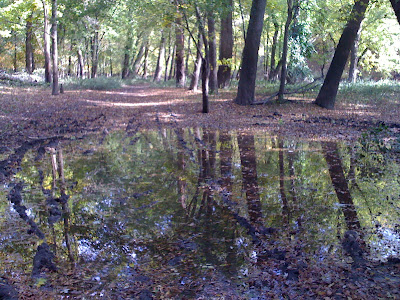 The trail was very muddy, with four or five water crossings

I started the race near the front. I was in 6th place at the first turn when we headed into the woods. I stayed in 6th place almost the entire race. I passed another runner around mile 3 to move into 5th, but that runner passed me back around mile 3.5. 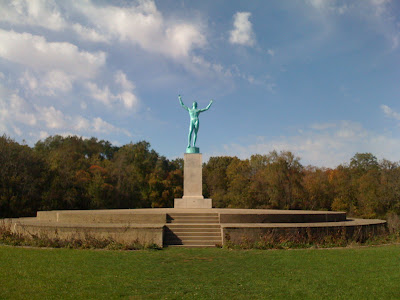 The 5.5 mile race course makes a loop around the Sun Singer statue

With my heart rate over 180, I was really starting to tire by the time we reached the Sun Singer. I generally try not to look behind me in races, but I did at this point and I was kind of glad to have a lead of around 40 seconds over the next runner behind me. From there I eased up a little and cruised the remaining 1.5 miles. I still ran hard, but I tried not to overdo it. I finished in 6th place overall (out of 396 finishers), 2nd place in my new 30-34 age group. I was very happy with the placing. My time was slower than I would have liked, but so was everyone else’s time. The trail was really slow today. 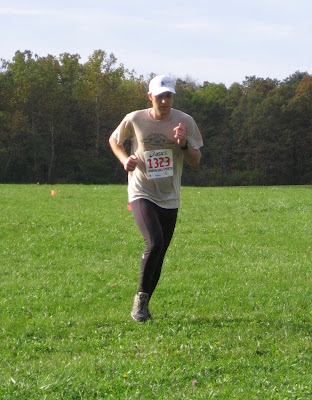 I chatted with some friends at the finish line, grabbed some water and bananas, walked back to my car, changed shirt/socks/shoes, and started running again. Very slowly. Along the way I helped out my friends from Second Wind Running Club (who organized the race) by taking down the flagging tape that marked the course as I ran. I cut the loop a little short so I could make it back to the finish line for the awards ceremony. I received a race towel for finishing 2nd in my age group. As I sat on the grass I stretched out quite a bit. Running that hard really left my muscles tight, and by that point I had only run 12 miles.

After the awards I ate more and started running again, still very slowly. It was rather uneventful until mile 22 or so when I started to have a lot of pain in my right hip flexor. I stopped to walk, but that didn’t help much. Around that same time Melissa called me on my cell phone to offer moral support, which helped. My plans were in serious jeopardy and I was still 2 miles away from my car. So I walked about a mile. My hip wasn’t getting any better. I started running again. I immediately noticed my hip hurt less when I was running than when I was walking. If that wasn’t motivation to keeping running I don’t know what was.

I limped along at 12 minute per mile pace for the remainder of the run. I passed the imaginary 26.2 mile mark (marathon distance) at 5:09, probably the slowest I’ve ever covered that distance in five attempts. I’ve previously done 2 marathons and 2 ultramarathons. Even though this 30 miler wasn’t actually a race, I’m probably going to call it an ultramarathon anyway.

Running through the water crossings on the last lap of the 5 mile trail was pretty unpleasant. My feet and been wet for over 5 hours and now they were sopping and I feared I would get blisters. I looked at my watch as I passed 29 miles and realized I could finish under 6 hours if I didn’t dally. So I actually picked it up and ran closer to 10 minute pace for the last mile. I finished the 30 miles in 5:59:04.

After the run I hobbled back to the car, took of my wet shoes & socks, and drove 30 miles home barefoot. I shoveled food and gatorade into my mouth the entire way home. I was pleasantly surprised that I was able to stand up without too much difficulty when I got home and my hip no longer hurt at all. Even now, 7 hours later, I’m still able to move around. Tomorrow will be another story though.

This was the farthest I’ve ever run (I’ve done 28.4 miles on two occasions) and it hurt. It hurt more than I expected. It was the race that did me in. Had I run slowly the entire time I don’t think I would have had as much difficulty. Fortunately, I never bonked, and my muscles never cramped up. Had it not been for the late hip flexor pain (or the water crossings) it would have been a truly delightful day in the woods.