The 2014 Black Squirrel Half Marathon is the one legitimately good race I’ve run in Colorado. To say that I’ve been looking forward to this year’s race would be an understatement. My 2015 has been filled with injury and mediocre race performances. Black Squirrel is the one race I was reasonably confident I could run well.

Last year I ran 1:40 and finished 3rd place overall, with both time and place exceeding my expectations. This year I thought I had a chance to possibly run 1-2 minutes faster, though I would almost certainly finish with a lower placing (based solely on people on the entrants list who I know to be faster than me). Like last year I spent August running the course several times in training. This is the kind of course where detailed knowledge of the terrain is a big advantage. 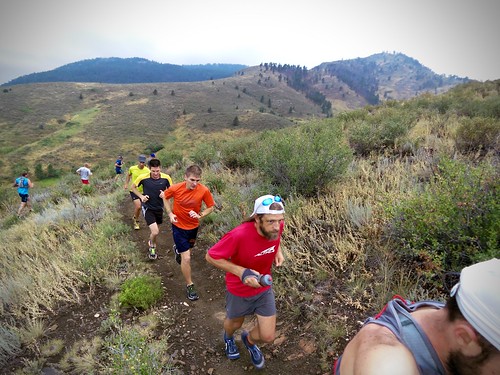 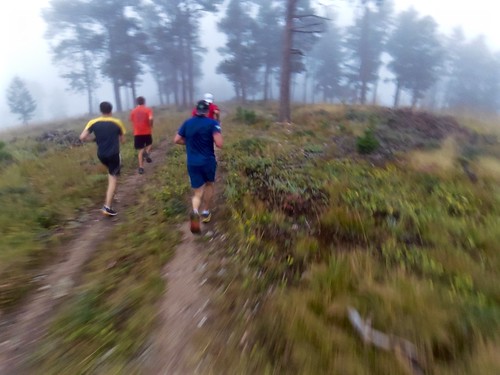 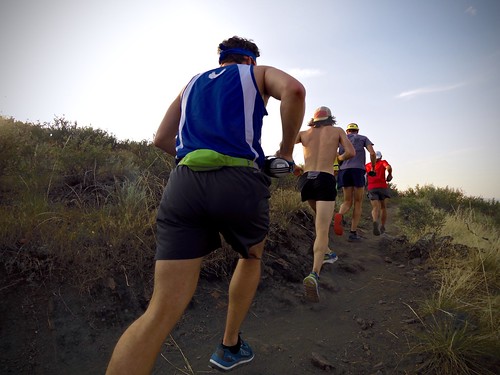 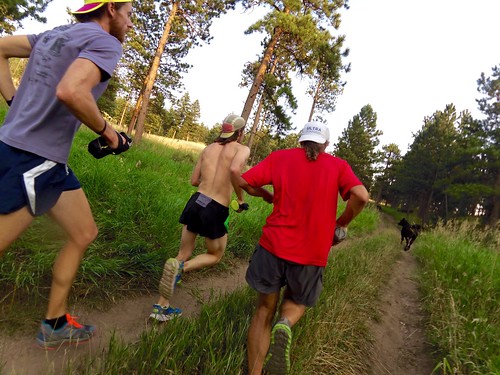 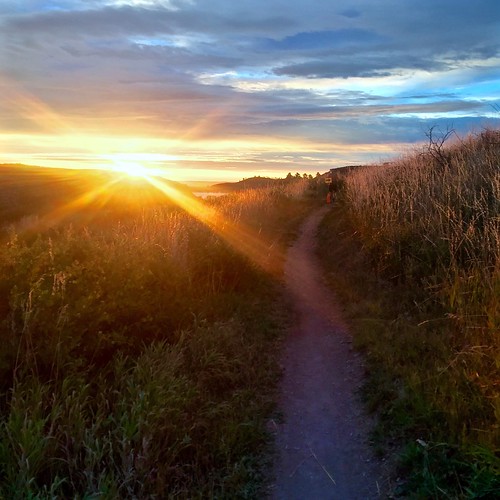 One thing I’ve noticed from years of race photos is that the way my facial muscles rest it looks like I’m super serious (or possibly a little pissed off). Sometimes I actually am super serious, but usually not so much. I was pretty serious about this race. Perhaps too much so. 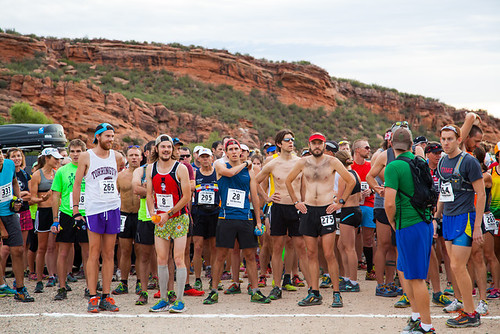 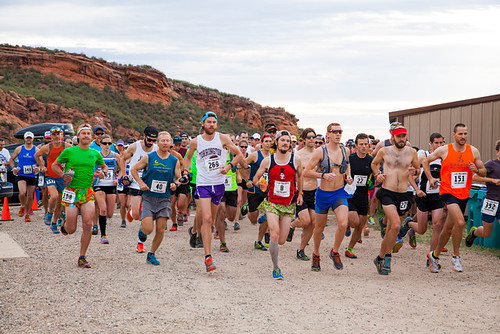 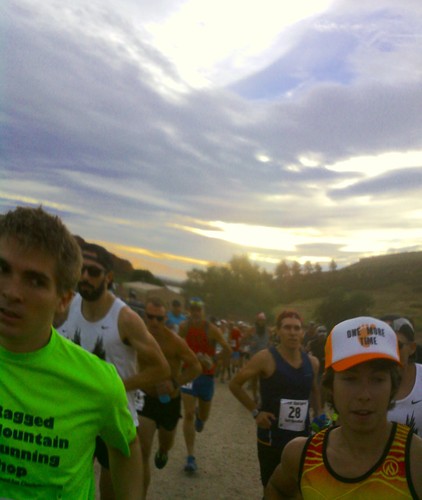 I started a bit quicker than last year (I actually did a warmup this time), though still under control. The big climb from miles 2-5 is tough. Anytime I wanted to speed up, I would look around and see Ryan Burch (winner of Quad Rock and Never Summer) nearby and forbid myself from passing him this early in the race. In fact, I just decided to follow Burch and go however fast he was going. At times I had to hold back, while other times I had to go all out to keep up. 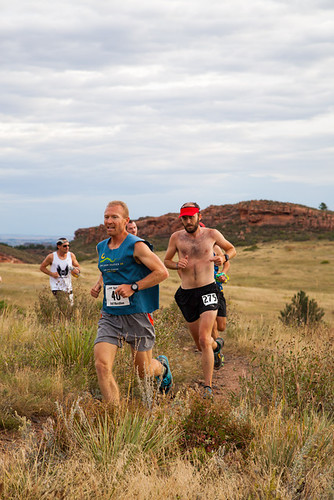 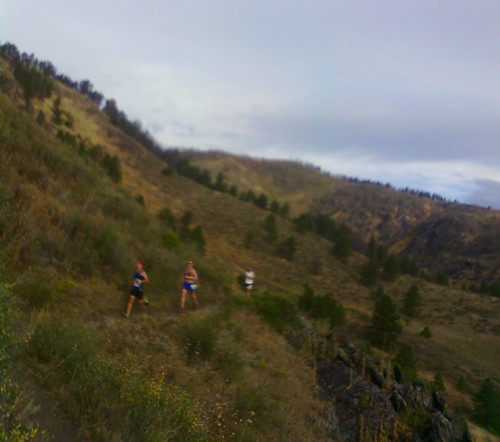 At the top of Timber Trail I was in a group with Ryan and two other guys. Very suddenly, and out of nowhere, I got an awful sidestich. This never happens. Why is this happening? The pain was so intense I had to slow down significantly. My race would soon be over if I couldn’t get this under control. After slowing down for several minutes (and losing significant time to the pack I was with) the pain began to subside and I started to speed up to chase these guys down.

We crested the top of the mountain on Westridge Trail and began several miles of descending. I went hard. I made up time on all three of them. I almost connected with them just before the steep switchbacks down Howard Trail. Once we hit the switchbacks Burch took off. I gradually reeled in and passed the other two guys, but I didn’t see Burch at all. 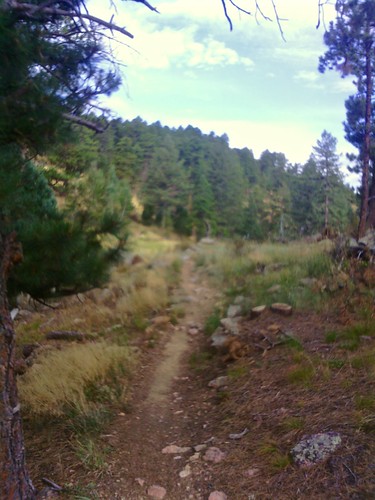 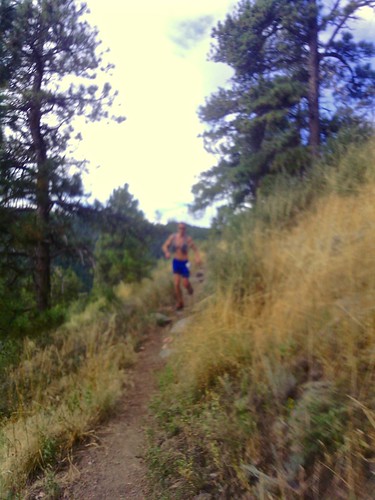 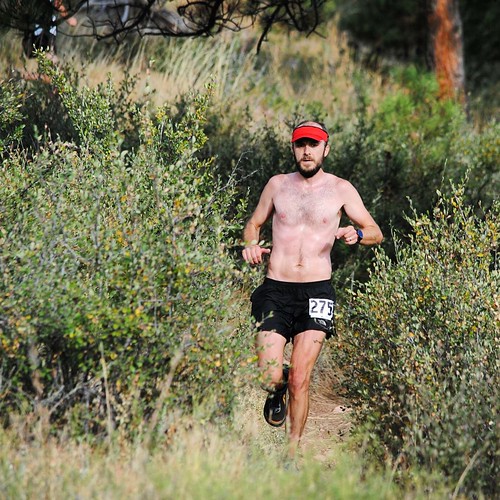 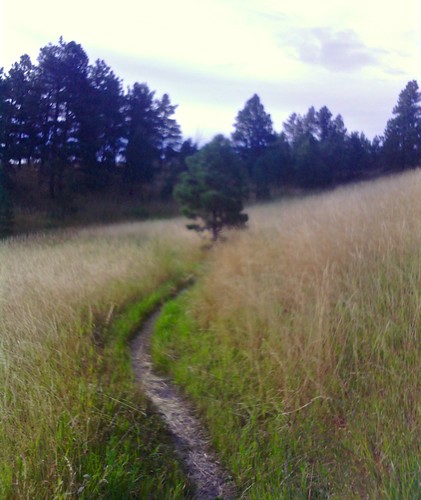 Once down to Arthurs Rock Trailhead we hit the valley trails, which is where the race really begins for me. After a few minutes I caught a glimpse of Burch and one other guy running together about 1-1.5 minutes ahead of me. I ran hard and for a while it seemed like they might be coming back to me. 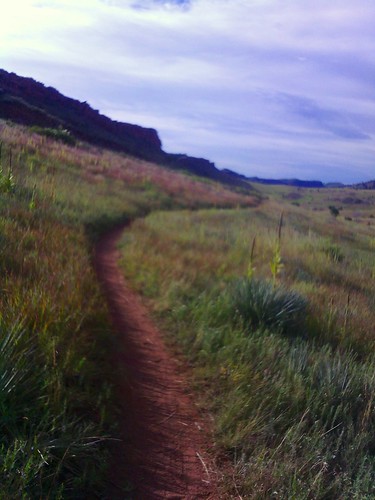 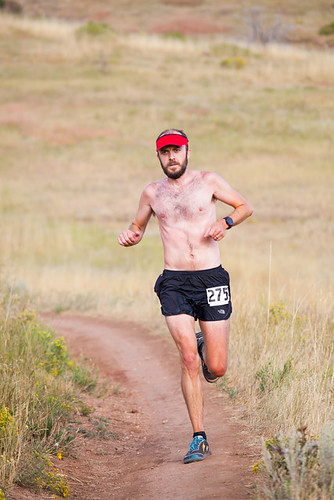 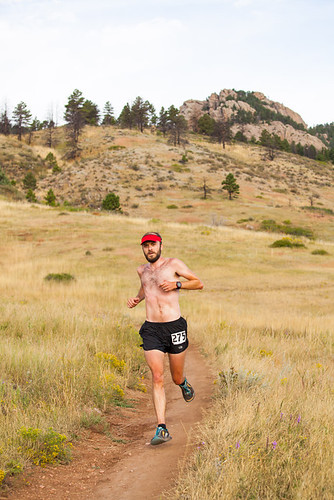 The other guy pulled away from Burch, and I started gaining serious time. With a mile to go I was about 10-15 meters back, and he knew it. He fought hard and I barely gained any more time. He ended up finishing just a few seconds ahead of me. 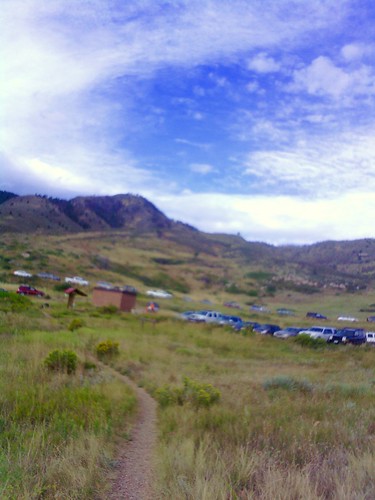 My time of 1:41 was about a minute slower than I ran last year. It’s not quite what I wanted, but it was still pretty good. I finished 9th place overall. There was a lot more competition than there was last year.