With next weekend’s Mt. Werner Classic 50K rapidly approaching I felt the need to get in one more good run up above 10,000 feet. Saturday morning I woke up before dawn and drove to Rocky Mountain NP. We have an annual pass for the park, but I wouldn’t have needed it as I arrived before the gate attendants were on duty. 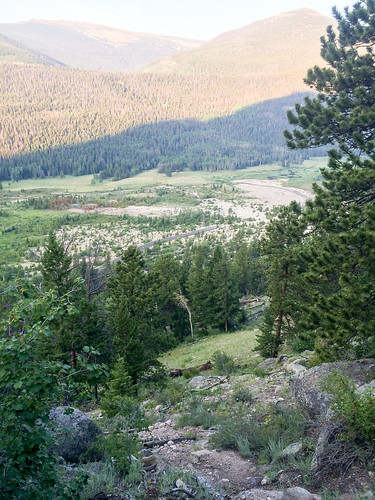 The trail began steep, gaining 500 feet in the first mile, then eased up a bit into a more comfortable running grade. I passed a couple hiking in the first few miles. They would be the last humans I would see for several hours.

The trail closely follows the Roaring River, which was the source of the massive flooding last fall. The banks of the river were just destroyed by the flooding nearly all the way up to Lawn Lake. 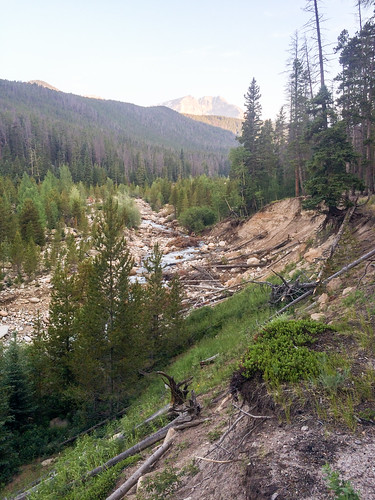 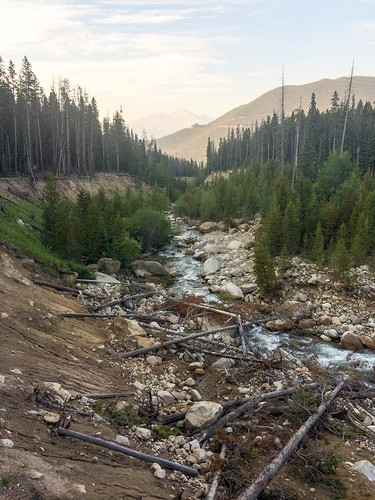 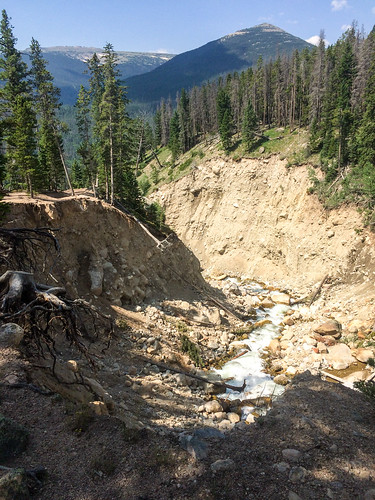 Like the other trails I’ve run in Rocky Mountain NP the surface varied quite a bit from smooth to rocky. 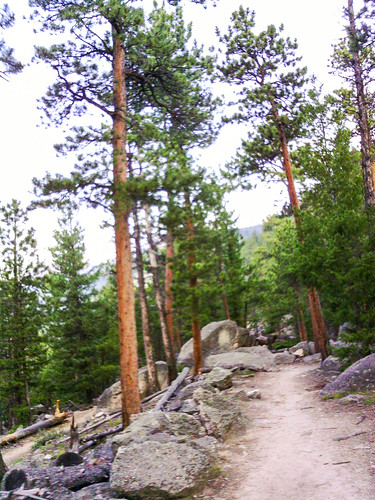 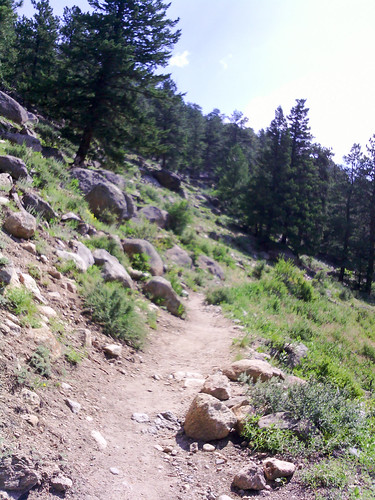 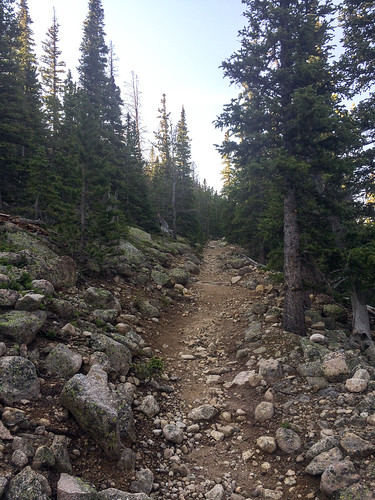 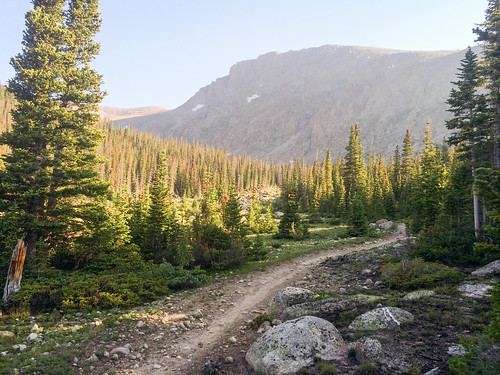 After about 6 miles I caught glimpse of The Saddle up ahead and soon I reached Lawn Lake at 11,000 feet. 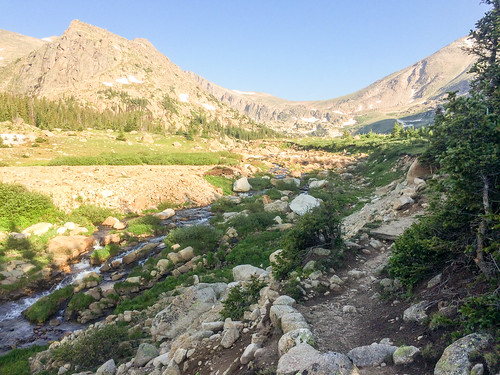 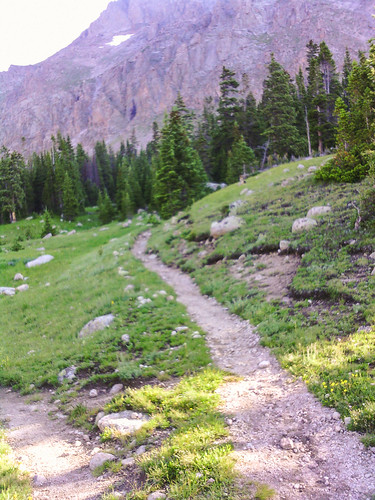 I had a pretty easy week of training last week, so I was feeling pretty good by this point and I pressed on. 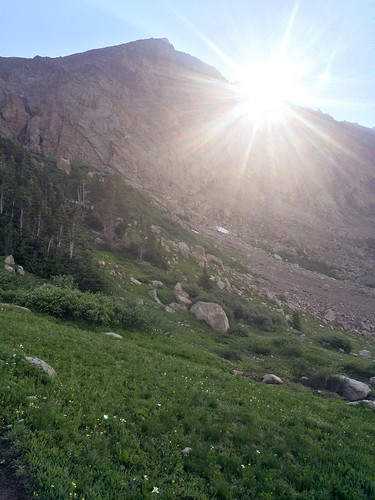 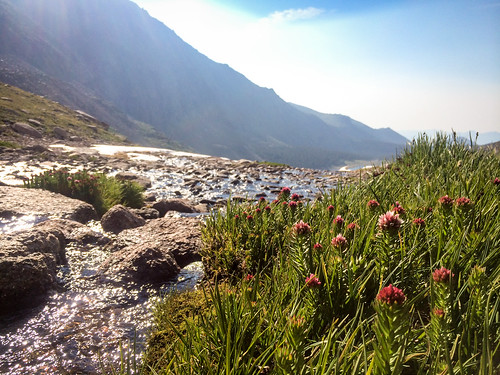 Origin of the Roaring River 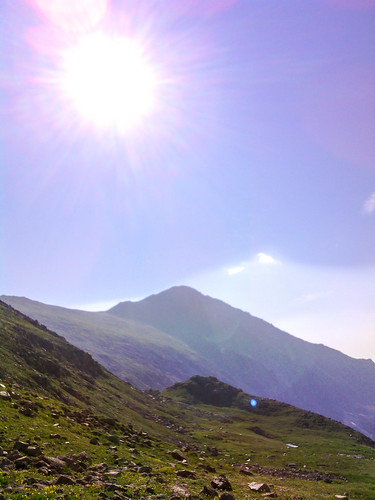 Protip: if you need to take a leak in the wilderness there are more trees below treeline.

The last mile of the trail was quite a bit steeper and I was reduced from a run to a fast hike. The warm sun was heating me, while a cold headwind chilled me. I was both hot and cold at the same time.

I reached The Saddle, the low point between Fairchild Mountain and Hagues Peak. The trail basically disappeared into the tundra. The wind was blowing 30-50 mph up there. I looked both mountains up and down and decided to continue on up a ways on the less intimidating Fairchild Mountain. 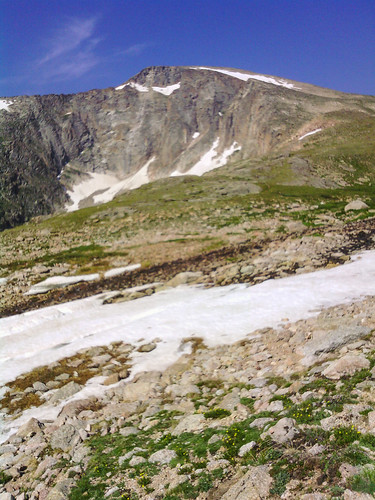 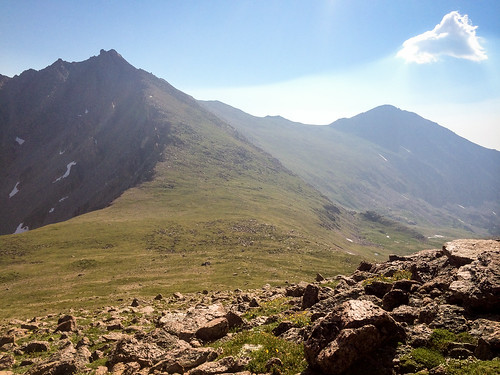 I ascended a couple hundred feet more (12,700 feet) to get a good look at the other side of the mountain, and it was breathtaking. 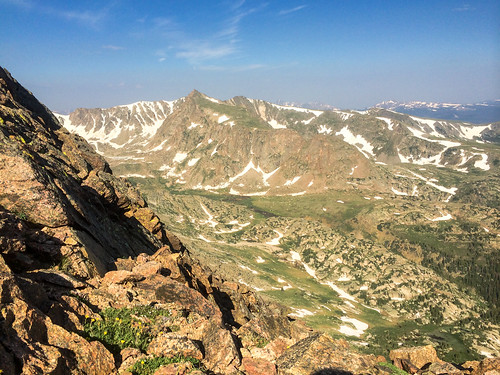 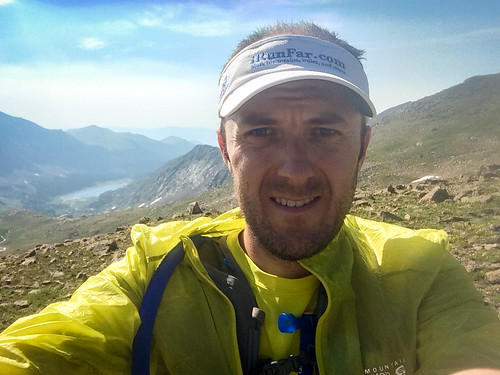 It would have been nice to continue on up to the summit at 13,500 feet, but walking up that ridge in 30-50 mph winds left me, well, downright scared. Maybe some other time.

On a Saturday in July in Rocky Mountain NP I somehow managed to go about 3 hours without seeing another human. pic.twitter.com/FR3jluGcBW

The run back down went pretty quickly, aside from a couple of navigation checks where the trail wasn’t completely obvious. I started to pass hikers on their way up, more and more the further I descended. 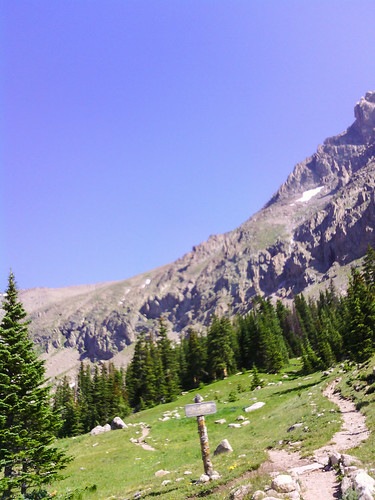 The best part was that running felt relatively easy, even above 11,000 feet (my next race tops out at 10,500 feet, but several miles are above 10,000 feet). Sure, I was going downhill, but you may recall I had some problems even going downhill at high elevation during the Leadville Trail Marathon last month. This is a good sign.