While we were up in Estes Park for Melissa’s marathon, I managed to sneak in an epic mountain run. Starting from the Lumpy Ridge trailhead I took the Black Canyon trail up to Lawn Lake in Rocky Mountain National Park. 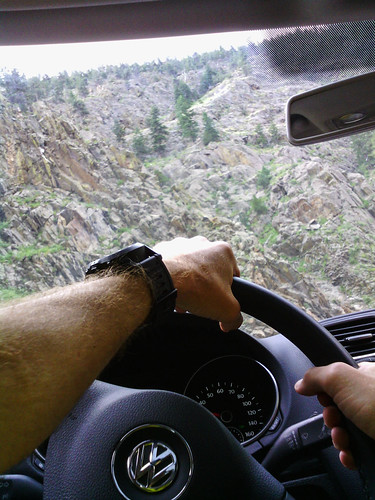 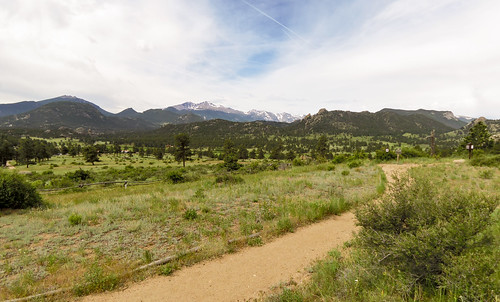 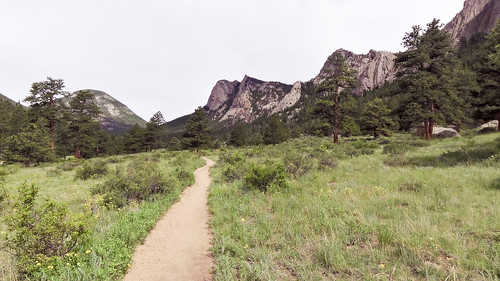 After climbing 500 feet or so the trail grew more narrow, rocky, and tree covered. 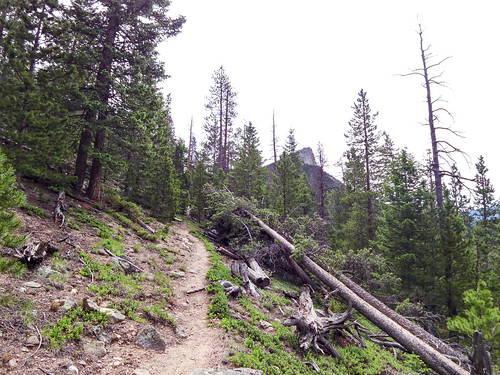 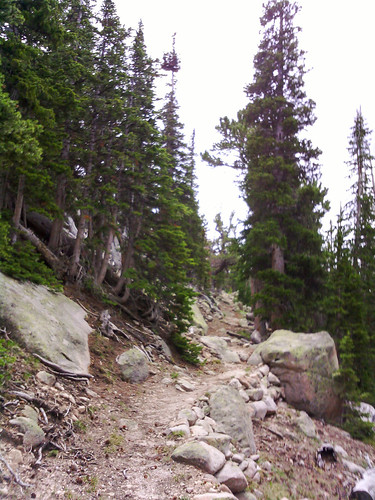 There was a short section that appears to have been taken out by an avalanche or rock slide. 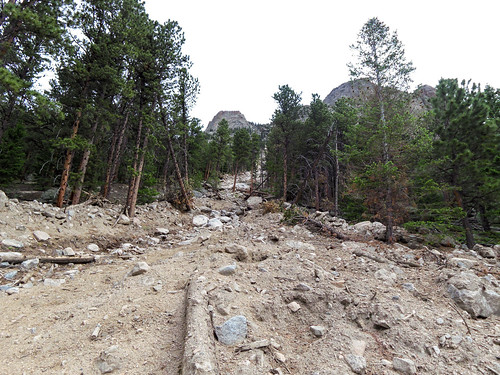 Above 10,000 feet I started to see snow, and the trail got a little wet in a few places from all the snow melt. 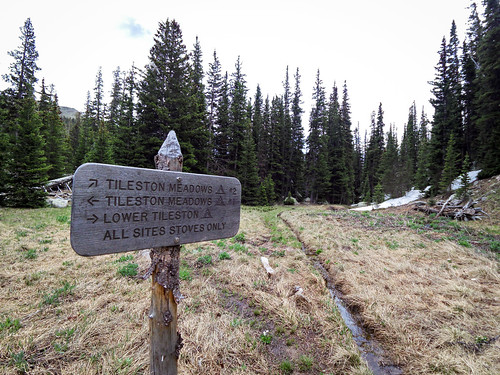 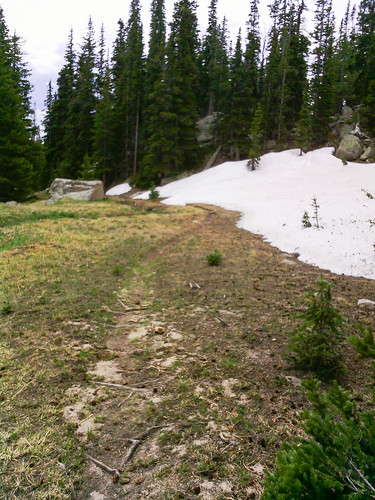 After a bit the snow was much more prevalent. It covered the trail in many places, making navigation a bit tricky. It was super slippery and often off-camber. With each step I didn’t know whether the snow would support me, or whether I’d sink up to my knee, or whether I’d slide off to the side. It made for slow going. 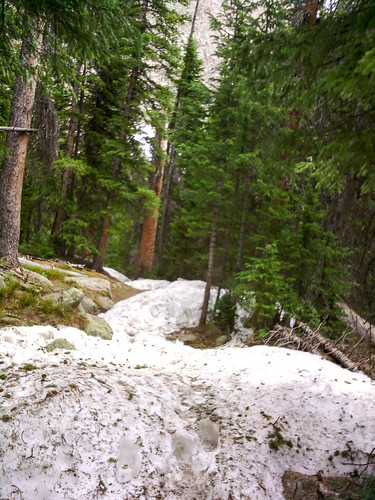 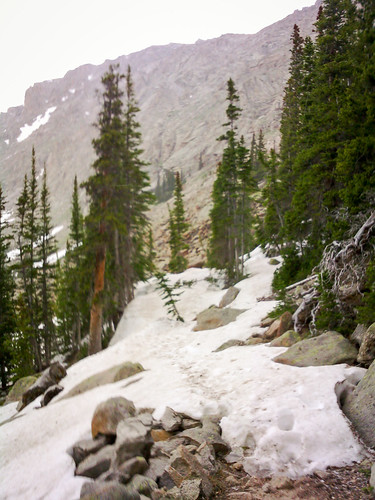 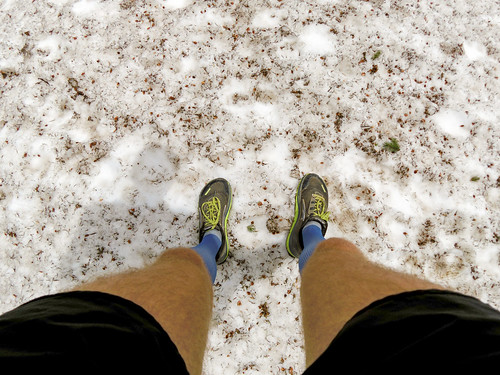 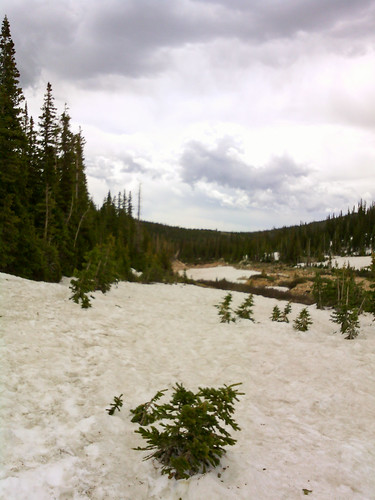 The Black Canyon trail I was on eventually (a mile farther than the map I used for planning indicated) met up with the Lawn Lake trail at the Roaring River. 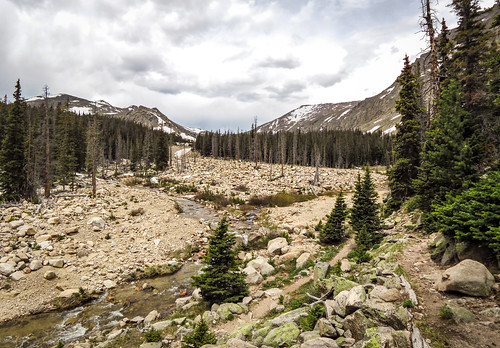 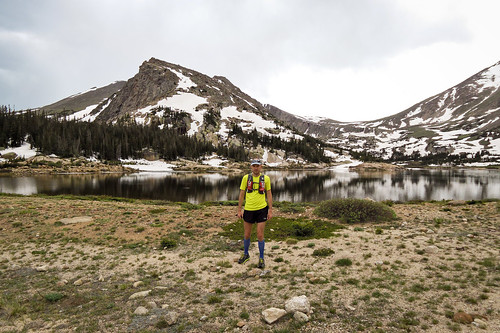 Apparently the shore where I’m standing used to be under water before the dam collapsed in 1982. 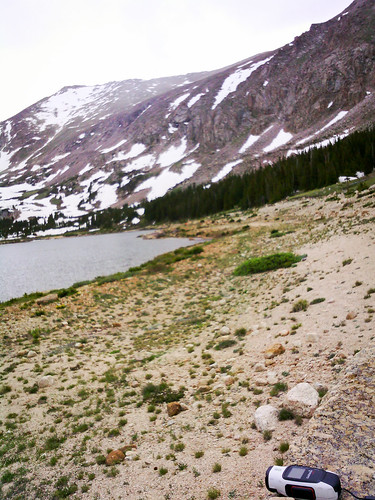 The views were totally worth the hours of running and hiking it took to get there. Of course, shortly after I arrived the weather turned and it began to rain on me. It was already a bit chilly at that altitude. I put on my jacket and started to run back down. In what seemed like a matter of minutes I went from chilly, rainy, with numb hands to sweltering heat and baking in the bright sun. 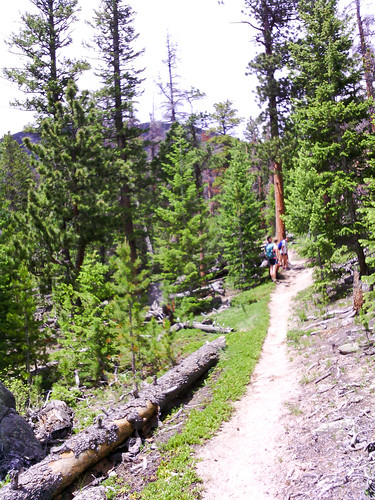 The 19-20 mile round trip took a bit longer than I anticipated. This was partly due to incorrect (low) distance estimates, partly due to the heavy snow cover in places, and mostly due to my tired legs after last weekend’s marathon and two hard hill workouts this week (14,000 feet total ascent in the last 8 days, by far the most I’ve ever done). I ran out of water and the last couple miles were pretty rough, despite the relatively easy terrain. But Melissa and Will were waiting for me at the parking lot with a cooler full of cold water and I pepped back up pretty quickly.

The next time I’m up at Rocky with time for a long run I’d definitely consider doing this one again. With fresher legs, more drinking water, and less snow on the trail this would be much easier. I might even be able to continue on up to the surrounding mountain peaks. Though, I understand there’s many great places to run there, and it might be hard to justify doing the same route again when there’s so much else to explore.

This is just the beginning.